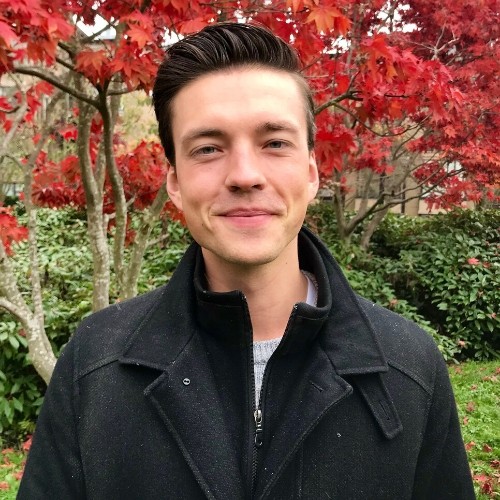 Travis is a science and math educator working at West Point Grey Academy in Vancouver, B.C. His piece on Compositional Tinkering makes a case for going beyond traditional pedagogy and encouraging more investigative, engaging, and innovative compositional methods for students.

G: As you know, the theme for the second Ottiya Magazine is play! What does play mean to you?

T: Play is fun, iterative, and creative. It allows me to cultivate new ideas in a fluid and enjoyable way.

G: What was your favorite way to play as a child?

T: As a child, I was constantly playing with action figures and LEGO. In fact, the first experience I recall with deeply imaginative play was at a friends house. In his basement, he and his brother had designed and maintained an entire LEGO world where characters existed and interacted. Whole Saturdays would go by inhabiting and playing in this creation.

G: You mention an interesting link between tinkering and students creating “rules of their own”; in the beginning, however, you also shared that the strict guidelines may have been (remove?) inhibited creativity. To this end, what would you say is the importance of ground rules for music? Do we ultimately need rules?

T: I think ground rules are needed in music composition for scaffolding and to give an initially defined space and direction. However, once the rules are known they should be questioned, criticized, and expanded to promote creativity.

G: Do you have advice for students or families who may want to begin music tinkering on their own at home?

T: In the article, I outline an activity that could promote music tinkering at school or at home. Without giving too much away, I’d suggest starting with a tune every one involved knows (for me and my family that would be a Bruce Springsteen chart) and then begin exploring different interpretations of the music. Vary the rhythm, chord progression, words, instrumentation, etc. and see where it leads!

G: “Tinkerability” seems to enhance confidence for students as they are able to make the music more their own. On the other hand, could it be intimidating for those who may be more experienced with traditional/classical composition? If so, how would you recommend thinking about the mindset itself of tinkering?

T: I had this exact experience: as a classically trained pianist when I was told to forget the rules and go for it I was terrified! However, I began to view this process as another facet of music I could practice and get better at. For me, what really made this style standout was how collaborative and interactive it could be. Because of that, I think it stuck. 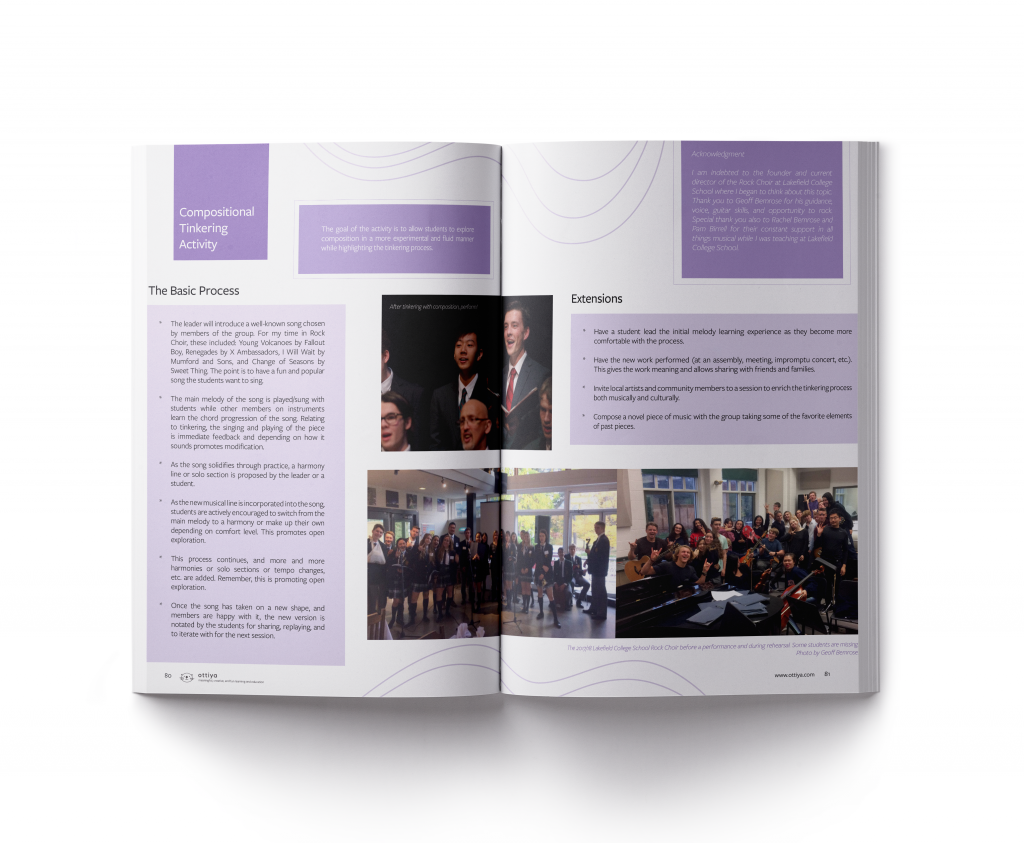 a preview from Travis’ article from the Ottiya Magazine Play Issue

If you’re interested in reading Travis’ and other wonderful articles to inspire you about creative learning, you can pre-order the Play Issue here