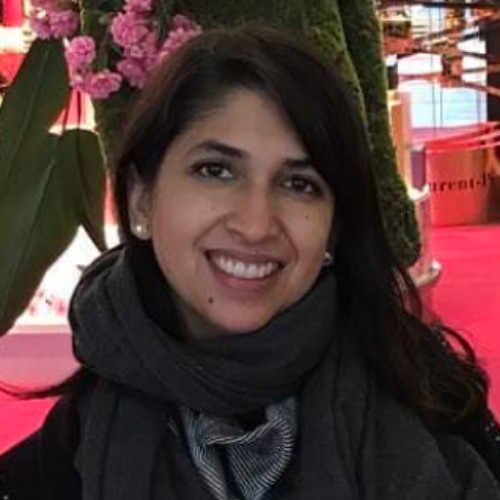 Nitasha is a parent and biotech consultant, who is passionate about creative education. She curates innovations in education at theinnovativeparent.io. Her piece, “Learning by Tinkering”, which appears in the upcoming Play Issue of the Ottiya Magazine, explores the value of tinkering from the perspective of a parent who never thought of herself as a tinkerer before.

R: As you know, the theme for the second Ottiya Magazine is play! What does play mean to you?

N: The first words that come to my mind are fun and joyful. Without the element of pleasure, it can’t be play!

R: What was your favorite way to play as a child?

N: I mostly remember playing games outside after school with friends on my street. They were kid-organized and without adult supervision; we just knew it was time to head inside once it became dark. I was also (and still am) a huge bookworm, but play to me is more active than reading!

R: In your article, you mention that “[d]eveloping the tinkering habit can also allow children to preserve the element of playfulness they tend to lose as they get older…” What are some recent ways you’ve encouraged the tinkering habit in your house? Is this helping you become a more playful adult as well?

N: I try to provide an informal making area for my kids, stocked with plenty of recyclables, but I like to follow their lead in these activities and only join in if they ask. In my own work (which isn’t hands-on), my kids creativity is a good reminder to be more playful and experimental, but it’s hard to break old habits!

R: Tinkering tends to be associated with STEM subjects and less with liberal arts subjects such as writing, history, or the performing arts. You mention that the tinkering mindset can be applied to more abstract subjects–what’s an example of how this could be done?

N: I think great creators in all fields use the element of play, at least in earlier, experimental stages of making. Often very important breakthroughs in writing or arts come from initial, open-ended, exploration while “just playing around”.

R: In your opinion, what are the trademarks of a great tinkerer?