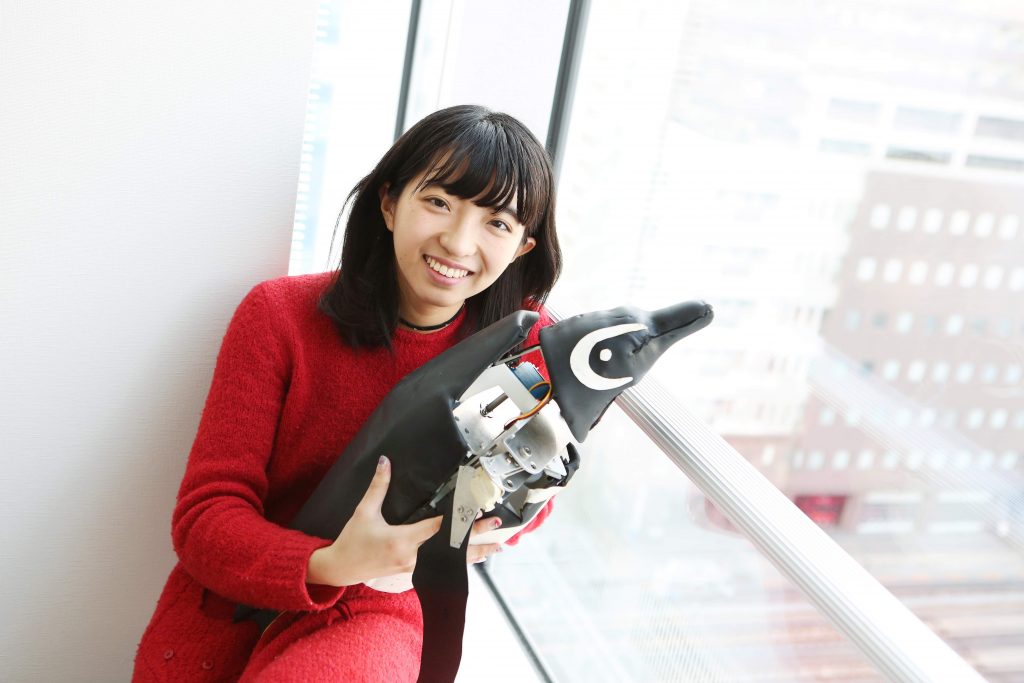 Nao Kondo made the Forbes 30 under 30 Asia 2016 list when she was 20 years old. In high school, she founded a group with five teenage designers to develop a diving and swimming robot penguin, Morupen! In 2013, Morupen! Won an underwater robot competition, in the open segment, sponsored by the Japan Agency for Marine-Earth Science and Technology. She studied robotics at Keio University in Japan and is now based in Silicon Valley in the USA.

Evelyn and Rufina: Were you always interested in robotics growing up?

Nao: When I was younger, my dream was to make a satellite–not robots actually. So I decided to go to a technical high school and majored in mechanics when I was 15.

Tell us more about what made you decide to go to a technical high school.

I chose to go to the technical high school. Because at that time, Hayabusa was launched in Japan. Satellite came back to Earth, so that time, first time online live streaming onto the Earth. I was watching online live streaming. Hayabusa was burned at the atmosphere, it was so bright, and I was so moved. After that I want to research space/satellites. So I decided to go to technical high school.

Is it common to go to a technical high school?

There aren’t that many technical high school in Japan. It is a public school. I chose to go in the school and there are exams to get into the school.

Were you the only girl there?

How did that make you feel to be minority?

I do not feel any stress about that. I liked being surrounded with many students who like technology. I interacted more with my classmates in the technical school. In engineering high school, every student likes to make something. So I have no problem interacting with them.

Who were your influences when you were growing up?

My father wasn’t an engineer, but my father was involved in the tech business–he did product planning and management for a company that develops Blue-rays and DVDs. Sometimes my dad and I would make small crafts, and my dad took me to science museums, and there were workshop for kids. I remember the experience at the science museum. I think those experiences were important for developing knowledge and interest in the sciences.

Take us through your process of designing a robot. 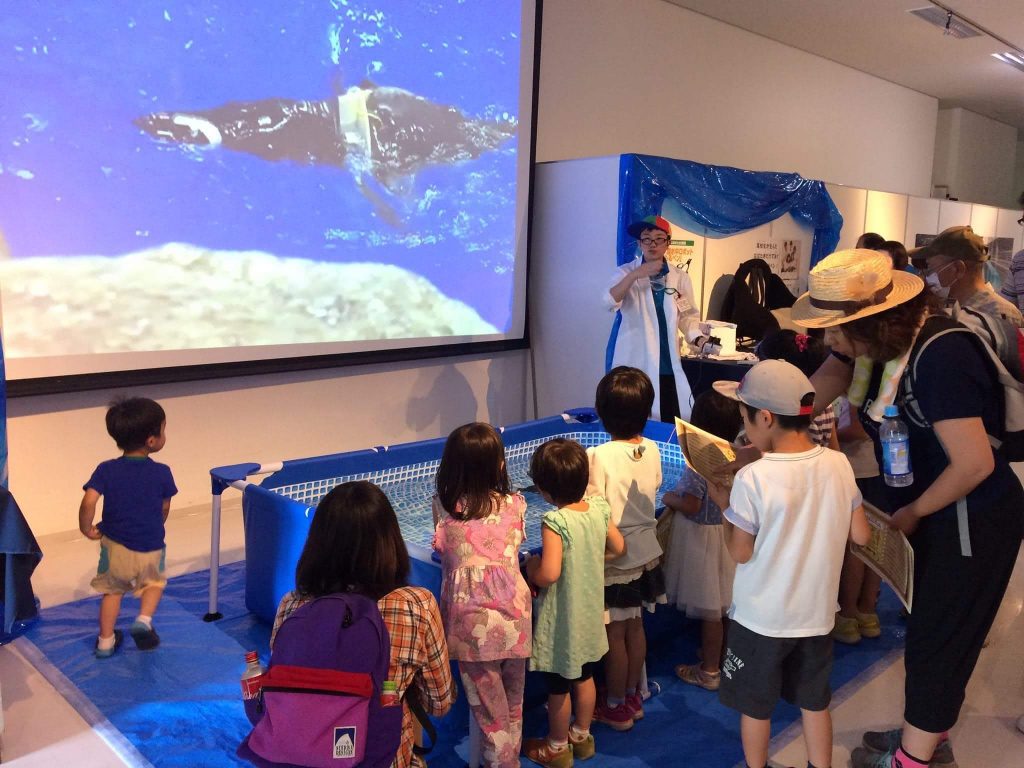 Can you tell us more about your penguin robot?

For my high school graduation research project, I brought together a group of students and we made a penguin robot in 2012.  Our group was curious about how penguins can swim so fast in the water. We did not stop there. We called ourselves, TRYBOT and we continued to make our second generation and third generation robots.

Initially, we didn’t think how the robot can  serve educational purposes. But, later on, when I was in my first year of college, some people from technical and educational organizations found out about our work and invited us to exhibit at their science and design event. Through those opportunities, we got a chance to show our robots to people outside of the technical community and also to children.

I was really excited to see people outside of the technical community, especially children thoroughly enjoy the penguin. Kids liked to touch the penguin even though the robot penguin was not advanced enough for human interaction. Some kids came up to me to ask questions about robotics and penguins and I realized that the penguin robot could be used to facilitate teaching and learning. 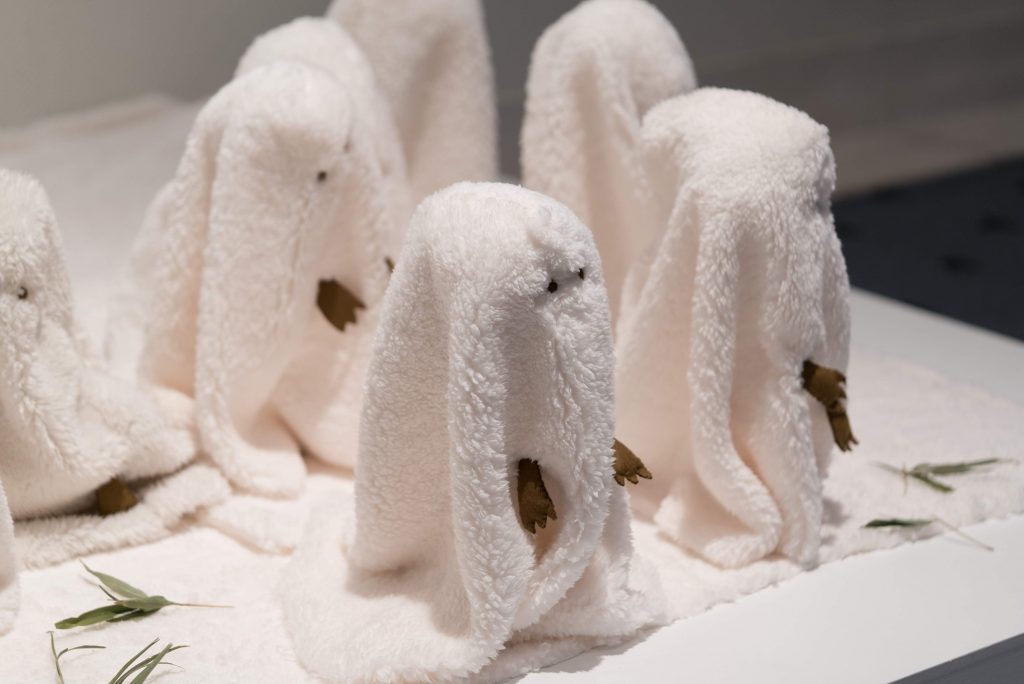 Could you tell us about the process of making your white and furry  robot?

Sure. NEU is the name of the white robot. It is like Pikachu in Pokemon (neo anima). To make new animals such as NEU, I first draw pictures of the robot. It is similar to making a character. With a concrete idea of the robot, I start to design the inside mechanics with a blueprint. I re-design the model in CAD  (computer-aided design) system. Next, I print it them out and assemble the structure. After making that, I work on the software.

What can NEU do now?

It can breath and respond to touch.

How do you think that your robot differ from other robots?

Especially for the penguin robot, it’s really lifelike. It really looks like a penguin! People like to see lifelike animals. Currently, human robots don’t seem completely real, but I think that my penguin robot looks like it’s alive and more than one person can communicate with the penguin at a time.

When I talk about lifelike robots, I don’t just refer to robots looking like actual animals…Yes, what I mean is people feel like the robot is alive–even if it’s not exactly like the real animal itself.

Where do you go when you get stuck?

I go ask friends with technical background for help. Many people help me. Sometimes I like to make analogue fluff, like sewing, I could get more idea, etc.

Where do you get these ideas on making characters?

I go outside and imagine what a new animal would like in this place: how would this character look like or act?  Appearance of NEU is fixed now, but I am still developing the software. On one side I am making lifelike software, the other side is making character with mechanics. I used Arduino software. But Arduino is not so strong to implement complex things, so I test it with direct control on my laptop. 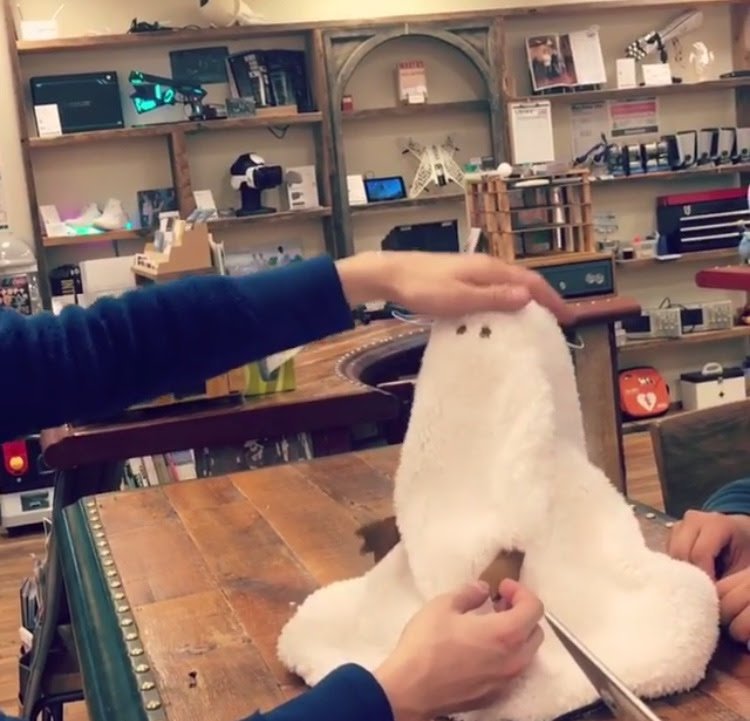 Is making robots a full-time career for you?

My robot projects are my individual artistic project. I started a start-up company. It is for creators like me. I make some portal site, like how to make robot, or 3D printer, or machine. It’s also a database for digital mechanics. For example, kids want to make things, they can go to my website.

Are you experimenting with this, or trying to create company with your work?

My work is more experimental. I make robot with an artistic vision. In the future, I want to make lifelike new creature, and sell them.

Who would you sell it to?

So, I know that you go to schools to talk to kids about robots. Do you do any workshops with them?

I have held some classes for kids in Japan and in US. When I was in Japan, I did some workshops to make small moving penguin craft with cardboard. I also had two classes in US for first grade students. I showed kids communication/companion talking robot. I explained how to improve the robots. I conducted discussions with them. I showed them my NEU robot and Sony’s dog robot (Aibo). They told me that Aibo needs to move faster and be more soft and flexible.

What can you say to parents who want their kids to go to STEM?

What do you want to say to our readers?