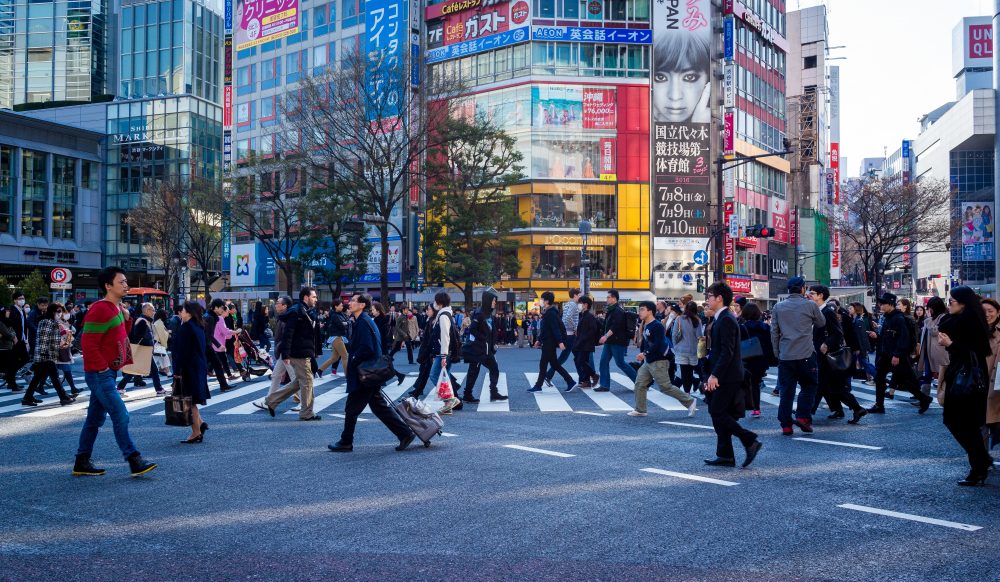 My best friend from middle school was bullied when she came back to Japan from the United States in 5th grade because she was the only student who had lived abroad. They used that “difference” as a reason for why she should be picked on. Her classmates pretended that she did not exist and said mean things to her.

As a result, my best friend kept her experience abroad to herself when she transitioned from elementary to middle school. I, a student who had came back from the United States in middle school, was the only student who knew about her experience abroad. She took comfort that I would not exclude her because we had similar backgrounds. We would exchange journals to share thoughts in English and spoke in English with an American accent when we were alone. However, she would speak English with a Japanese accent in class.

Later on, in high school, our English teacher accidentally told the class that my friend had lived abroad. Although the other students seemed to be surprised, she was not bullied like she had been when she was in elementary school. I think it was because some students also lived abroad, including myself. Moreover, they had already come to know my best friend for who she was, and did not care too much about which “category” she fell under. Ever since then, she stopped hiding her experience in the US and being self-conscious of speaking English in an American accent.

Regardless of Japan’s image as a “homogeneous” country, there is diversity represented by factors such as experiences abroad, body shape, family structure, and gender identity.  Moreover, Japan is becoming increasingly more diverse ethnically. After a slight decrease in 2008, due to the financial crisis, the number of foreign national residents in Japan has been increasing steadily.

The number of foreigners visiting Japan has been rapidly increasing as well. Since 2012, visitor arrivals have been increasing by an average of 33.7% every year, and in 2016, 24.04 million foreigners visited Japan. Based on an analysis of government data, one in 29 (3.4%) babies that were born in 2014 have at least one non-Japanese parent. Although this may seem like a small fraction compared to countries like the United States, the number has been steadily increasing: in 1990 this proportion was 1.7% [1].

With increasing diversity and rapid globalization in Japan, it is becoming more crucial for the Japanese society to develop the capability to accommodate differences. As one approach, the government has been making efforts to teach children what diversity is.

Education for International Understanding in Japan

“Education for International Understanding” has been introduced in Japanese public schools since 1996 to enhance students’ basic qualities and capabilities necessary to take proactive actions from an international perspective.

UNESCO first introduced the “Recommendation concerning Education for International Understanding, Co-operation and Peace and Education relating to Human Rights and Fundamental Freedoms” at the General Conference in 1974. The basic principle is “friendly relations between peoples and States having different social and political systems and on the respect for human rights and fundamental freedoms.”

Japan decided to introduce Education for International Understanding (EID) to prepare children for the 21st Century, as the society is experiencing rapid globalization. According to the Ministry of Education, Culture, Sports, Science, and Technology (MEXT), qualities and capabilities that are enhanced in EID include communication skills, capability to live with different cultures, and self-establishment. To develop these skills, schools teach students about different countries, interact with foreigners in Japan, research how products in Japan were made in different countries, and how Japanese products are exported and used outside of Japan.

EID was explicitly mentioned in the primary school curriculum from 2002 as one of the many topics for the “Period for Integrated Studies”, which is a time “to enable pupils to think in their own way about life through cross-synthetic studies and inquiry studies, while fostering the qualities and abilities needed to find their own tasks, to learn and think on their own, to make proactive decisions, and to solve problems better” (Japanese Ministry of Education, Culture, Sports, Science and Technology).

Each school determines the specific objectives and content for Integrated Studies based on the overall objective stated above. However, all schools are required to teach 70 classes of Period for Integral Studies every year. Depending on each school’s policies, EID could potentially be taught in a variety of other classes such as ethics class, extracurricular class, English class, and other subjects in addition to the Period for Integrated Studies.

A workshop for 5th and 6th graders called “UkiUki English” (Exciting English in Japanese) held in Sakaiminato since 2016 is an example of the EID in action. Sakaiminato is a port city in Tottori Prefecture, with a small population of 35,000. In recent years, the city has experienced an increasing number of foreign tourists who have come to the city by cruise ships. “The Ukiuki English” was thus a response to the accelerating rate of globalization affecting the city.

The Board of Education of Sakaiminato promoted the program in all elementary schools in the city and allowed any interested student to participate for free. Every Saturday morning, several international students, about ten Japanese university students and 40 elementary school children gather for the workshop (for details of activities held, see p. 108). The Japanese university students plan and facilitate the program and the participants play various English games, which provide an opportunity for students to internalize and adapt to cultures and customs in other countries.

Mr. Kagemoto, Chief of School Education Section of Sakaiminato City, introduces Sakaiminato as “the gateway to the Sea of Japan” with both a seaport and airport. He hopes that “students develop global competency and English communication skills from an early stage to build a foundation for interacting with people of different countries. This workshop was not based on demands from the school side, but was created by the city to adapt to its rapid globalization. This workshop is intended to be different from education provided in schools in that there is more emphasis on interactions with international students and activities such as games. As future goals for Ukiuki English, he commented, “if possible, we would like to create opportunities for these children to interact more with foreigners”.

Mr. Kagemoto commented that it was not difficult to gather pupils to participate in the workshop. In fact, there were more children than expected. He explained that this may be because fifth and sixth grade students have prior exposure to foreign language activities in school. These 4th and 5th grade students in Sakaiminato learn about international understanding through a variety of channels (through these out-of-school activities, classes in Period of Integrated Studies, and English classes). However, this is not always commonplace.

Challenges of Education for International Understanding

As schools have autonomy to decide the contents and methods for teaching Education for International Understanding, there is significant differences in the delivery of this education program depending on how motivated teachers are at each respective school. In addition, the Japanese Ministry of Education, Culture, Sports, Science and Technology (MEXT) has outlined several challenges such as a decrease in priority of EID due to increase in English classes, lack of EID teacher professional development, lack of effective use of Japanese teachers who have taught abroad, failure to maximize use of external resources, and increasing demand to meet ethnically diverse student population as well as Japanese children who have lived abroad. It may be difficult to meet all of these challenges, but as seen in Sakaiminato, the Japanese society is making efforts to adapt to the globalization in its communities.

Another concern is that the current educational practices in EID may not be effective in teaching children to embrace and thrive in diverse culturally diverse communities and environments. Through EID, children learn about different cultures and customs of different countries, as well as how to communicate with people from abroad by learning English. Although these are valuable lessons, children may not be learning enough how to cope with differences and how to cooperate with people who they perceive to be different.

This is concerning because bullying is a common phenomenon in Japan. Numerous Japanese friends have told me that they experienced the “circle of bullying” where each person gets bullied in the classroom. Some have short experiences of bullying while others are left altered and crushed for a long time such as my best friend I talked about at the beginning of this article. In 2015, Japan’s MEXT reported that 56.5% schools in Japan have reported cases of ijime (bullying in Japanese) in 2014. As there are cases of bullying that are not perceived by the teacher, the percentage may be higher in reality.

One of the reasons why a student decides to bully another is because a student is perceived as different compared to others. In other words, it may be a reaction to not being able to embrace cultural diversity in the classroom.