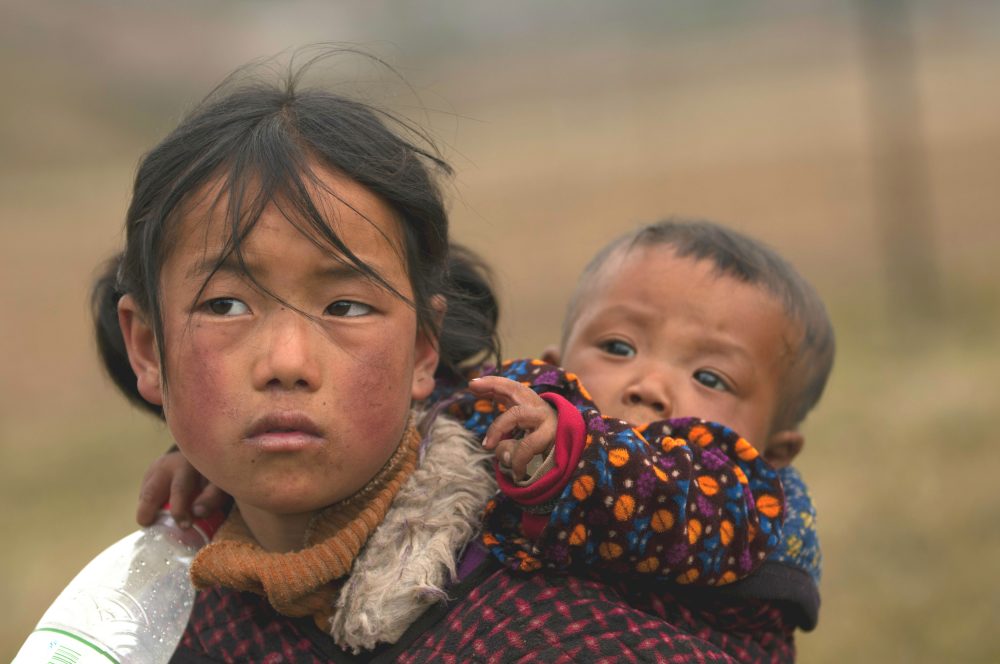 Equity has become an increasingly important issue and pressing concern in China. China’s rapid economic development and urbanization process have created high demand in construction and manufacturing jobs in the cities and increased rural-to-urban labor migration. In search of fortune and a better life, many young adults who once lived with families in rural China doing agricultural work now choose to move thousands of miles away to urban cities to work, for instance, on assembly lines in factories or operating gigantic machines at construction sites.

Unfortunately, migrant workers’ children cannot move with them due to the Hukou, a rigid household registration system in China which dates back to the 1950s that ties rural children’s basic welfare rights, such as education and healthcare, to the rural villages in which they were born. Even if the migrant workers are financially well-off, these rural children are often denied access to public education and healthcare benefits in urban cities. Although various reforms have been made by the government, especially in recent years in an attempt to address social problems related to rural-urban division, the Hukou system remains a complicated one. Therefore, given highly limited and restrained resources in big cities, migrant workers have almost no choice but to leave their children behind to the inadequate care of their grandparents. These children are called “left-behind children”.

This is no small phenomenon in China. In the 2010 report released by the All-China Women’s Federation, it was estimated that there were more than 61 million left-behind children in China, among which about 4 million children were left behind with no guardian at all [1]. Additionally, according to “China Left-behind Children’s Psychological Conditions” [2], which is a White Paper written by various researchers and NGO workers in the field sampling about 10,000 rural children, those who are left behind suffer from a variety of serious psychological stressors and oftentimes show delay in social emotional development.

Due to early separation from primary caregivers and insufficient educational guidance from schools and communities, left-behind children on average experience much higher levels of anxiety, loneliness, and resentment towards family and society than urban children. Their poor psychological well-being at times results in extreme behaviors towards others and oneself. For instance, in 2015 in Guizhou Province, four left-behind children of an average age of only nine ended their lives out of desperation by drinking pesticide; in the same year, due to inability of managing anger, a 14-year-old left-behind boy in Fujian Province drowned his friend in a fight over a toy car.

These kinds of tragedies among left-behind children have increased in recent years raising significant concerns from these children’s parents who work thousands of miles away in the cities. Migrant workers are physically too far away to play a part in their children’s development. When challenges arise, they are unable to provide immediate help and care. In the fall of 2012, I had a chance to conduct a field research on migrant workers about their thoughts on their left-behind children. Of all the migrant workers I spoke with in the city of Chengdu and Shanghai, when asked “what is your biggest concern about your child”, nine out of ten answered “Anquan”, the Chinese word meaning “safety”. Problems like health, psychological well-being, and education were barely mentioned. 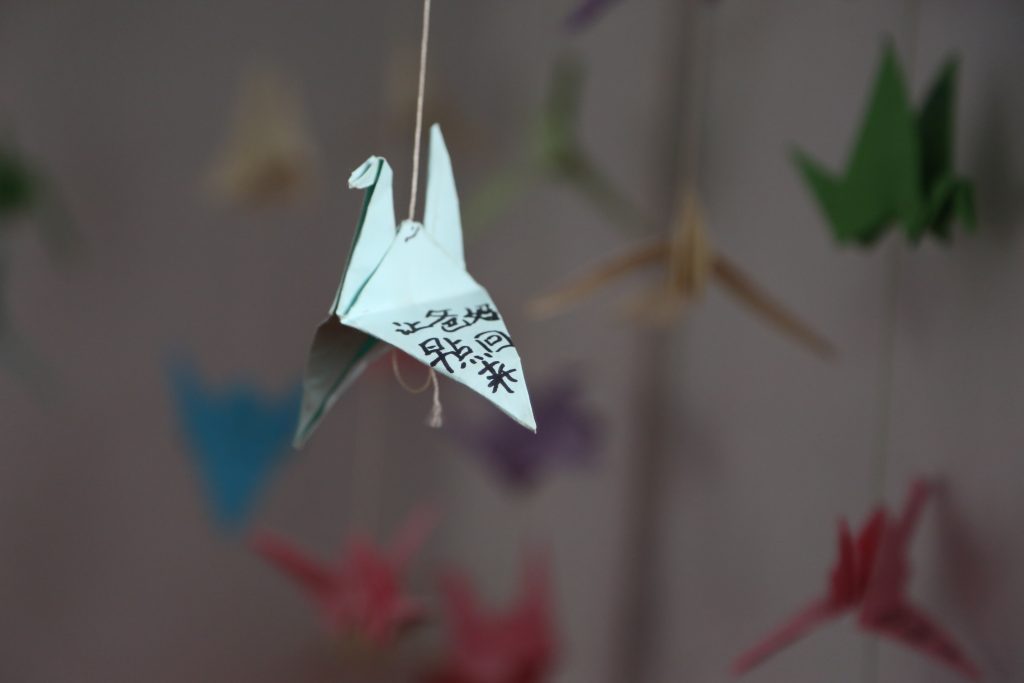 It is very reasonable that migrant workers put safety as the top priority of their children’s development. Like every other parent, their very basic hope is that their children’s physical well-being can be ensured and they can grow up in a safe environment. However, safety is only one of the many challenges that left-behind children face these days. Their anxiety, confusion, insecurity, and vulnerability do not always stem from the lack of safety; instead, they come from inadequate care and support provided by their caregivers, schools, and communities. Without such care, support, and proper guidance from adults, children can be left in helplessness when emergencies, conflicts, or challenges arise.

Realizing the important role of parent’s participation in children’s early development, many NGOs in China have made diligent effort in helping migrant workers and their families. Many programs now provide migrant workers with travel stipend to go back and visit their children more frequently than before. Some NGOs also arrange “parent-visiting” trips for left-behind children to bring them into the cities to stay with their parents for a week or two. However, these programs do not solve the crux of the matter. Temporary reunions only provide short-term comfort. When parent-child separation comes again, the whole situation is set back to its default, and sometimes it even backfires. In 2014, when I was traveling in rural Anhui Province conducting observations on left-behind children, an 11-year-old girl, who lives with her 83-year-old grandmother and only gets to see her parents every two years, approached me. She told me she barely had friends in town because she “hates talking to people of her own age”. Back then, fourteen years older than her, I had thus become her “friend” very soon and heard her candid thoughts of her mixed feelings about her parents coming back to visit, “I would love to see my parents because I know I miss them, but I don’t want them to come back to see me. They will leave after several days anyways, why come back then? I feel they don’t belong here, they don’t belong to this village anymore.”

It was striking and heartbreaking to hear things like this. For many years, I was naive to think that every left-behind child wished for more company from their parents, and increasing parent-child face-to-face interaction would be a major, if not the ultimate, solution in finding the missing piece of this vulnerable group of children’s developmental puzzle. Yet, I came to realize the situation is far more complicated than I thought. Even for families who live together every day, lack of proper educational guidance still leaves room for children’s developmental problems. Education, especially early childhood education, plays an important role in helping children develop critical skills such as emotion regulation, impulse control, resilience, and social understanding that will help them deal with uncertainties in their lives even in the absence of their parent’s presence. 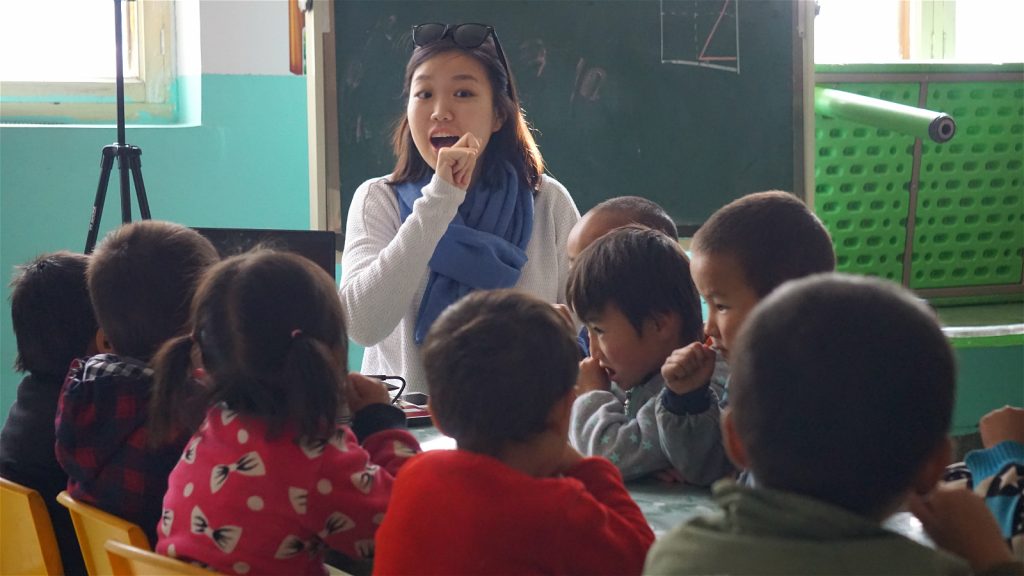 As many developmental psychologists point out, the first five years of children’s lives are enormously important with respect to their language development, cognitive development, social development, and even moral development. High-quality educational materials, adequate teacher training programs, and carefully-honed parenting messages need to be developed to meet left-behind children communities’ specific needs. Twenty-five million of the total population of left-behind children in China are under the age of five. While the number seems strikingly high, it also provides opportunities to educational organizations like Sesame Workshop to make a real impact. Sesame Workshop is the nonprofit organization behind the well-known TV program Sesame Street that serves children in 150 countries around the world with a seemingly simple but powerful mission: to help kids grow smarter, stronger, and kinder. The three parts in its mission are closely interconnected and are reflected in every educational material it has produced. Whether a child is watching a Sesame Street episode or playing an online digital game, carefully-designed educational messages from the three domains are conveyed to every child to help them become smarter, stronger, and kinder from their early years on.

Sesame Workshop China, or Zhima Jie in Mandarin Chinese, was officially established in 2013. While it is still a young organization, the educational demand from communities like the left-behind children have already existed for more than a decade, and it calls for educators’ immediate action. I joined Sesame Workshop China as a Social Impact Program Manager mainly to help develop and disseminate specifically-tailored educational programs and tools for families most in need. In China, many of these families are located in remote underprivileged communities in rural areas. It is our responsibility to reach these children who would otherwise have little or no access to early childhood education.

In October 2016, in order to better understand left-behind children’s needs, we brought several episodes of Big Bird Looks at the World, a China locally-produced Mandarin-language version of Sesame Street, to a remote county in the far west of Qinghai Province. The 52 episodes in this season aim to promote children’s knowledge based on many of their everyday encounters with science, health, and nature, while incorporating messages to help kids develop critical executive function and social emotional skills such as problem-solving, self-control, resilience, and perspective taking to engage with their complex world.

The observation process was an amazing experience for me. Children were immediately drawn to Sesame’s furry lovable Muppets and the fun educational content when I started playing the sample episodes. When characters like Elmo or Big Bird began doing a task on the screen, children mimicked their behaviors and started doing the task with them. For example, an episode of Big Bird Looks at the World focuses on teaching children the importance of taking care of one’s own oral hygiene. When Elmo started using a toothbrush to clean his teeth, all the children in my observation group pretended that they had a toothbrush in hand and started brushing up and down with Elmo. Later in discussion with local teachers, I found out that in this small village even adults do not brush their teeth, and children were barely exposed to the idea of cleaning their teeth using a toothbrush. It was encouraging for me to see that although these children had no idea what toothbrush is, they learned so quickly about how and why to brush their teeth simply by watching the episode. After screening, several kids asked me if I could bring them toothbrush so that they can “have shiny teeth just like Elmo’s”. I was glad that changes on their attitudes and behaviors were already shown.

This is just one small example of how a carefully-designed educational tool can greatly change children’s attitudes and behaviors in such a short amount of time. It is important that we never underestimate the ability of a simple piece of well-designed educational material in empowering children’s mind and fostering their learning. As one of the most vulnerable groups of children, the left-behind children who are at preschool age need more high-quality educational materials and tools like the Big Bird Looks at the World to help them acquire important life skills, understand social relationships, and get ready for school. By filling the blanks in their lives with fun and engaging educational materials and encouraging them to use such tools on their own in an informal way, children can learn easily by playing happily.

Addressing complex issues like the problems of left-behind children is by no means an easy task. Same for every other educational problem in the world, there is no silver bullet. Tackling issues like this takes a long time and a lot of diligence from a variety of organizations that are willing to make a collective impact towards a common goal. It is every educational organization’s responsibility to take actions now to ensure that quality early childhood education resources are easily accessible and useful to every child, especially to the underprivileged and vulnerable. While we all understand that the progress might be slow and the journey might be grueling, each small step should be made, valued, and celebrated.