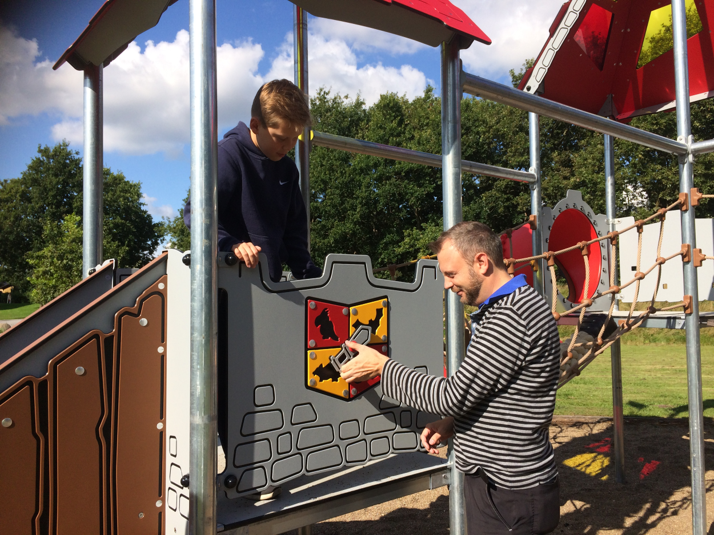 We are Johan, Marcus and Freja, Grade 7 students who are Youth Reporters of the Capital of Children in Denmark. We interviewed designers at the Design School Kolding and the playground manufacturer Ledon A/S and asked them questions about how children are involved in the playground making process. We also tested Ledon’s new 2018 playground series even though it was a top secret! We think that the complete playground set is a bit expensive, but the three of us would still highly recommend it.

When we arrived at the playground, we saw a large, beautiful, and the most wonderful playground. It had the shape of a castle with flags at the top and also swings. The towers were grey like a spaceship, and there were also other colors used such as yellow, brown, black, white, and red. The material was nice to touch, and fun to walk on. Suspensions bridges connected the towers, and there was this thing that looked like something in between a canon and a telescope, which we thought was very cool. 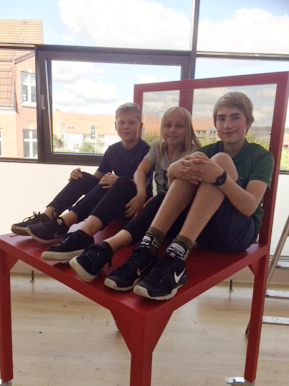 This is us on a big chair in Design School Kolding

There were many things to try on the playground.  On one of the towers, there was a sword that we could play a spinning game with and make the sword point to four different pictures of a snake, a rat, a dragon and a bat. We used a wheel to turn the sword. Another thing we found cool was a handle that we could push to make a large yellow key go back and forth.  Before going to the playground, we had seen parts of the model inside the company’s factory, but seeing it in real life was one-hundred times better!

After visiting the playground, we interviewed people at Ledon and Design School Kolding. We learned a lot about the collaboration between children and adults, and we got better at interviewing and asking questions. We also discovered how playgrounds are made at Ledon, and we found out what they do at Design School Kolding. We also learned that in many ways, it is great to involve children and that adults can play at a playground. 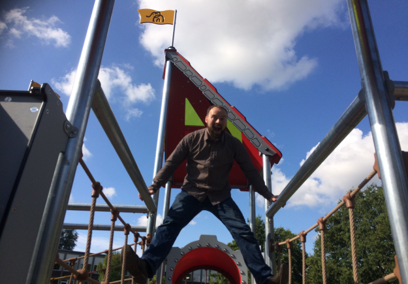 Søren from Ledon plays with us

Q&A with Søren Skøtt from, Head of Development of Ledon

Q: What is your job?

A: I am the chief of development and responsible for the look of their playgrounds.

Q: How do you collaborate with children?

A: We try to get children to test and to comment on the playgrounds we make before they put on the market. This allows us to see and evaluate what kind of changes we need to make on the playground so that we can make them as well as possible for children.

Q: Why do you work with children?

A: No one knows how a playground should be better than a child

Q: Do you often work with children?

A: We work with children as often as possible

Q: What is the difference between working with children and adults?

A: By looking through the perspectives of children, we can see everything from a new angle and learn from it. It is much better than working on our own. 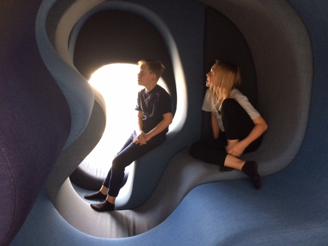 Q: What do you think there should be on a playground?

A: There should be something that you can climb and slide, play your own games, and something  that encourages you to be physically active and play roles

A: We like something that brings laughter, there is room for more than one person, and also has a good design.

Q: What do you not like about a playground?

A: It is annoying if things are rusty or dirty, but also if there are too many people.

Q: How often are you on a playground?

A: The children we work with are on playgrounds often because there are playgrounds at their schools, kindergartens, and close to their homes.

Q: What does a playground do for you?

A: The children we talked to said that they became more imaginative after playing on playgrounds.