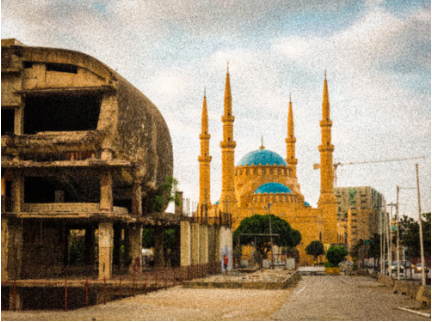 An Old, New Place is a poem that chronicles one man’s emotional trajectory beginning in Beirut, Lebanon, just before the start of the Lebanese Civil war in 1975, through the early stages of the conflict, and into building is life in Saudi Arabia. The piece is told through the perspective of the participant’s 9-year-old refugee self, and is shaped by his reflections both at the time and decades later. It provides the reader with vivid moments of how the conflict impacted the participant’s schooling as well as some of his relationships. The poem is split into three parts: the Calm, the Storm, and the Sunrise, and is intended to be read aloud as one continuous piece of writing. This piece is also available in recorded audio.

Written by Edwin Coleman. Meant for ages 10-14. Visit https://reach.gse.harvard.edu/resources/k12-educators for a free download of the poem. Also available in audio format.